Today the cover for Listen by Sarah Doughty (An Earthen Witch Novel – Book Three) has been released.

Check out this steamy cover for this paranormal romance/thriller… 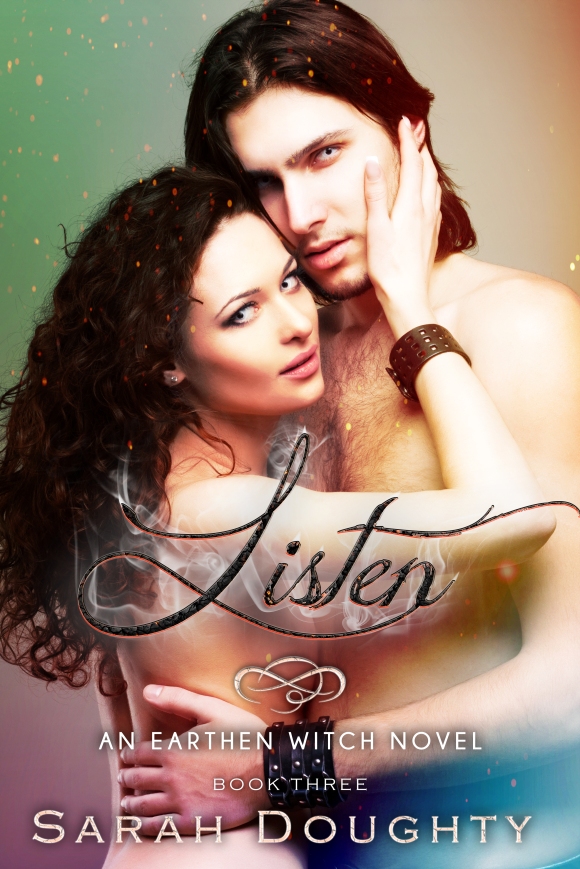 “When vampires Liam and Jon go missing, it’s up to Aisling Green and her friends to find them, but doing so and surviving what awaits won’t be easy.

Battling against things she cannot fight isn’t something Earthen witch Aisling Green is used to, but she must act quickly and outsmart the one that wants her dead and save the lives of her friends before it’s too late.

As they follow the trail, they rescue a most unlikely person, and uncover a deeper, more sinister plot. With the lives of the two vampires on the line, they must fight for their lives, try to rescue their friends, and stop the evil plans. In the face of so much danger and uncertainty, they are forced to go to war and make a discovery that will change everything. The question then becomes at what price will they be forced to pay to survive?”

This book will be released October 3rd, mark your calendar! My review is coming soon.

The Merry Gentry series by @official_lkhamilton is fire hot and so freaking captivating! I devoured these books over and over again!
These books broke me and I loved every second. 🔥💯
This book broke me and I loved every second of it. ❤️🔥
This is my next read. I am only a few chapters in and I can tell it's going to be a wild ride!
I was so bummed to find that the author didn't finish this series. Cal and Niko are some of my favorite characters! These books have so much action, snarkiness and are bada$$!
One of my favs!